"We did it then we will do it again": beat the promise 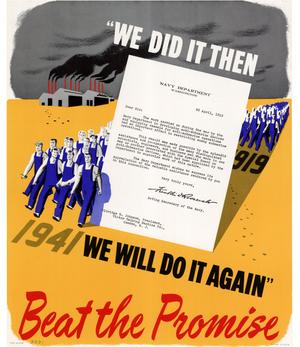